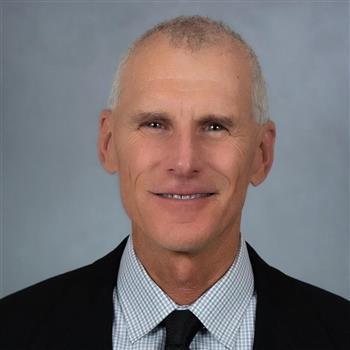 Dr. Steelman is starting his 36th year in education and has served as Executive Director of ESC Region 11 since 2011. He began working at the ESC in 2006 as Deputy Executive Director of Administrative and Business Services. Prior to that, he held superintendent positions at Muenster and Bluff Dale ISDs. He has also served in administrative and teaching/coaching positions Glen Rose, Tolar, and Granbury ISDs. He earned his Doctorate in Educational Leadership from Lamar University and his Master’s degree in Secondary Education and Bachelor's degree in Industrial Education and Technology from Tarleton State University.

His wife, Julie, is a retired English teacher and they have three grown children — Christopher, Colton, and Jacy. They also have a granddaughter named Jacy. In his spare time, he and Julie operate a farm where they raise livestock and hay. His hobbies include church activities, family time, and outdoor activities.

- For three years during college, he was a coach and president of the Cross-Timbers (Stephenville) Special Olympics.

- He taught life skills woodworking/tools class in his first year as a teacher.

- He loves to read/watch Sci-fi.